The dictionary defines "Wildfire" as: Something that acts very quickly and intensely. That is what this vessel was designed to do, get in, deliver a few blows to its target, and get out just as quickly. An Archer class vessel fits that name quite nicely. the vessel's small profile also makes it hard to detect on long range sensors.

The history of the ship dates back to as far as the 2260's when the Archer's were the eyes and ears for federation expansion in the Alpha quadrant. the sensors and communication arrays could transmit data back to nearby starbases and starships in almost near real-time. their small profile was perfect for covert missions as this made them nearly impossible to detect using long range scanners. Capable of warp 9.4, the ship can also get out of a tight spot quickly due to its limited armament and shielding. The ship class was retired but brought back into service by UFS to keep an eye on its furthermost borders.

Despite the ship's apparent age and overall small size, starfleet has decided to give the old vessel a new lease on life by upgrading all of the major systems down to the keel, and at the request of the ship's CO keep the "classic" Duotronic interfaces while keeping the computer systems as modern as possible to allow the ship to possess a "flying museum" quality, despite it being used in the Delta quadrant. The Vessel's initial assignment after the massive overhaul was to patrol the borders of the Etanian Order in the the unexplored grid of 001D, report any findings back to Pinastri. 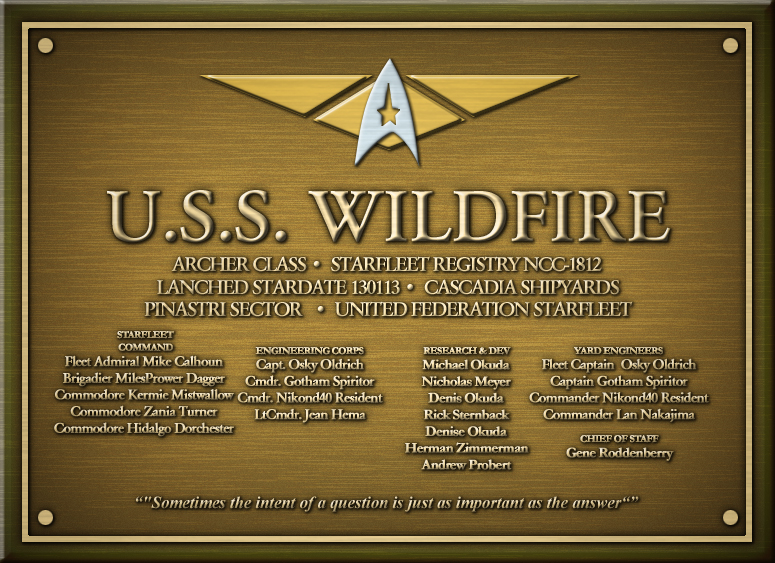