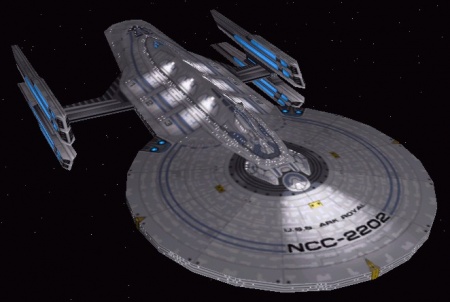 The Sanders Class is named after Colonel Rodney Sanders who commanded the 1st Marine Air Group defending Earth during the first Borg attack where the all marines were lost. The Sanders is a completely original design built from the ground up to serve as a Marine Aerospace Carrier. It is capable of carrying 3 flight wings but standard is 2. The Sanders has the firepower of an Excelsior class starship meaning it is capable of independent action without the need for protection ships. The Sanders entered service in 2377 and currently has 26 in service with another 24 planned for first phase.