SS Peedy Thor, NCC 122355, is a Watchtower Class Station. We are in orbit above Pinastri Prime, and we officially opened our doors for operation on 180301. The station is named after one of our more prominent members, the late Admiral Peedy Thor. We strive to continue his vision and drive to make the station a crowning jewel of UFS. Admiral Peedy Thor, Gone but Never Forgotten.

Beta shift have reported an irregularity in lcar's database. It is undetermined what is the cause, however a full systems diagnostic will need to be performed. While the rest of the Colony seems to be unaffected, Security Lockdown Protocols are in affect.

It seems that problems persist on the Station, just when we think we are getting back on track something else happens.

Beta Team reported a malfunction in some of the computer systems and just as Alpha Shift was beggining it's breifing an explosion was heard and felt from main operations.

Approaching the Scene order where given to find out the cause, primarily we had to get fire suppression systems back online, which took a shorter amount of time that i predicted.

From reports given it would seem that a sort of virus has laid dormant in our systems for a few weeks,, we determined this came from a long range communication that was covered in some way.

We have no idea what this virus is or why it is affecting our systems now however some things that are deeply concerning.

Gel packs seem to of become infected and inopperable, replacements have been installed but more information needs to be determined from this occurance.

Security Breeches in this way is also of concern, why was it dormant, why now activated and more importantly who sent it. 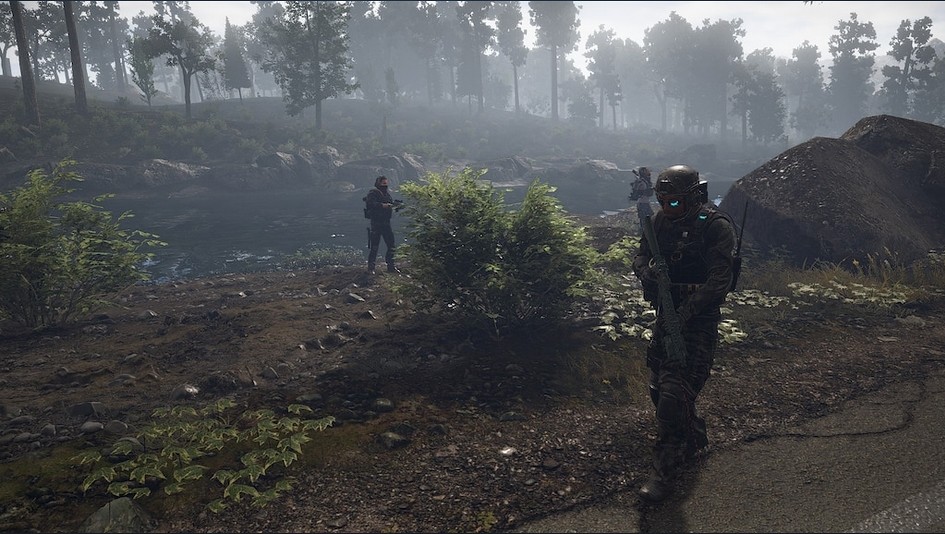 Major Chris "Cipher" Rhode and his team make their way towards the outpost that has not only shown strange electronic activity, but soon went dark as soon as his team arrived in the system. Hoping for the best (while expecting the worst), they geared up and deployed. Making their way across a river, Cipher gives his team time to dry off their gear before moving forward.

He looked toward his fellow officer as she stretched out her arms, holding her rifle above her to ensure the water has run through as well. "See Kiara, I promised you a swim, and I keep my promise," he says to her. 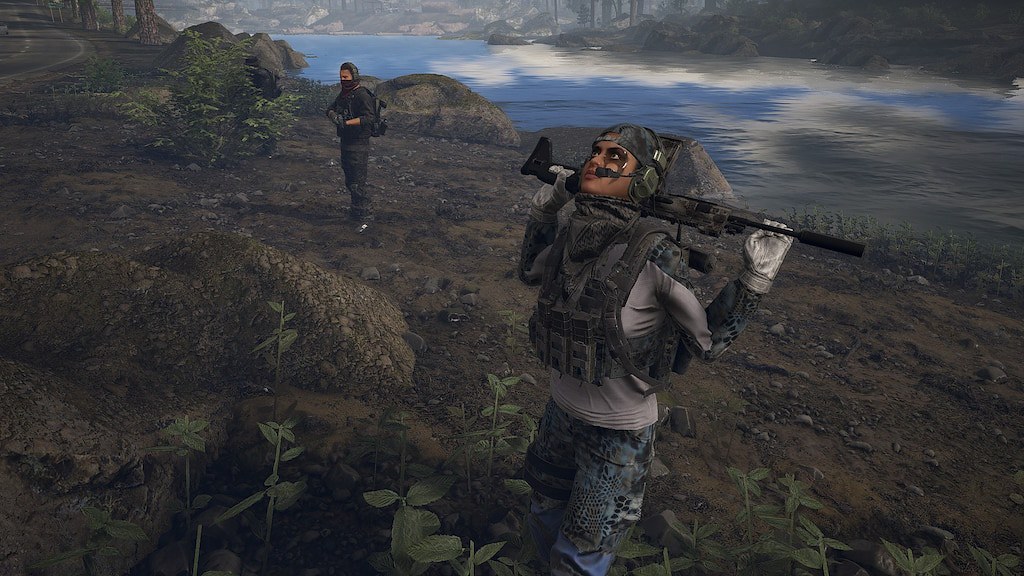 Major Kiara Noel, his Number One, scowled at him through her camouflaged face and directed her middle finger towards him. SSG Midas and Master Chief Petty Officer Weaver laughed at their officers.

"Alright alright, so I left out a few details. Besides, we're not on Pinastri anymore," Cipher says. "But, on the other hand, we sure as hell won't be able to reach them safely until we figure out why this array hit a SNAFU."

Midas speaks up and says, "Come on Boss, you know the Delta Quadrant is still a wild place."

The more experienced Weaver corrections him and says, "Not this wild to where every communicae sent from here leaves a virus on your PADD. Not even the good kind."

"Alright, come on frakheads, at least let's keep it professional for the next 35-45 minutes. Kia, you picking up anything?"

Kiara looked down at her Tactical Tricoder. "This array is only sending out burst transmissions, not a full stream."

Cipher asks her as they all walk together in an echelon formation. "Any specific patterns?"

"Not really. It's like it only sends bursts when it recognizes certain signals. Last time it attempted a burst was when we orbited and sent several more as we made out drops." Kiara brought her Tricorder for Cipher to see.

Kiara clicked on her tricoder to show the times and instances where those bursts were sent. "Think maybe it's set to work in Line-of-sight mode now?"

"That's what we're here to find out and..." Cipher's sentence was interrupted as they came upon a deserted outpost, "...ask."

All that was heard was the fresh spiced winds flowing through the air and the barely distinct humming of a working generator, leading to the hardened bunker building of the communications center. "Kiara, you take Weaver and Midas to check out that generator. I'm going to log into the computers and see what's going on."

"Shouldn't I go with you sir?"

"You could, but these generators also have backup servers that broadcast just in case the main center goes down. Check that out and might be something there."

Kiara led the two specialists towards the generator for their part of the investigation while Cipher proceeded into the computer room, checking all areas, weapon drawn, to ensure he was clear and secure. 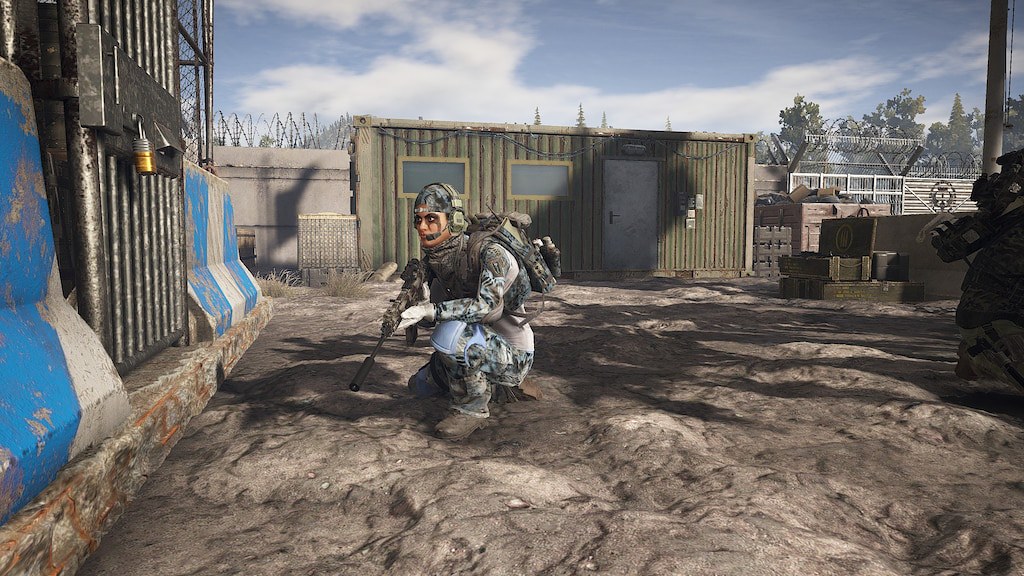 Cipher jacks himself into the main terminal and leaves his tricorder to hack and examine it with a Level 4 diagnostic. "Hacking the terminal. How you going doing out there?" Cipher asks through comms. 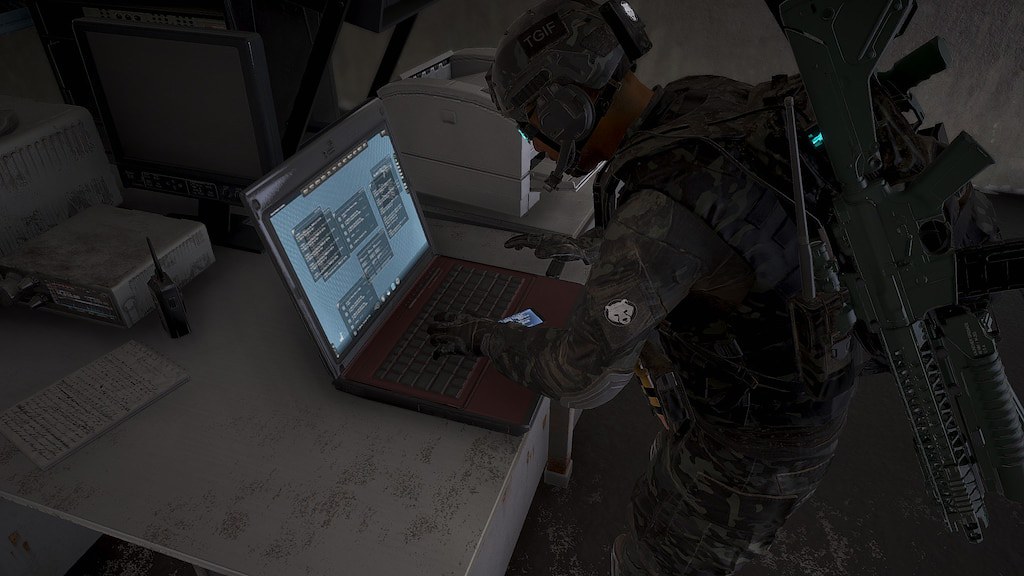 He hears a sound of metal being popped off and Kiara breathing hard after it sounds like she expended much afford. "We're in the generator, found the backups. We're working it now."

"Roger," Cipher says as he works the computer. "Okay, inputting forensic algorithms... now." As Cipher executes the command, his screen started turning from its usual LCARS screen to black green and red, the red being where a humanoid right eye would be. A voice then said, {WARNING, INITIATING UNIMATRIX ZERO-ONE PROTOCOLS, T-MINUS, 60 SECONDS.} What the frak? Cipher says to himself as he switches to coms. "Kiara, burn the generator."

Shit, Kiara says under hre breath. "Weaver, Midas, set the charges to blow the generator. We've been made."

"Yes ma'am," they both say in unison as they start setting up their tricobalt charges.

Cipher himself was able to pull whatever data he could before he set up his explosive care package. He bolts out of the communications building. His gear was able to intercept possible hostile traffic. He aims down his pulse rifle's combat sight to see NME tangos coming at just under 150 meters. "Guys, dig in, get ready for a fight.